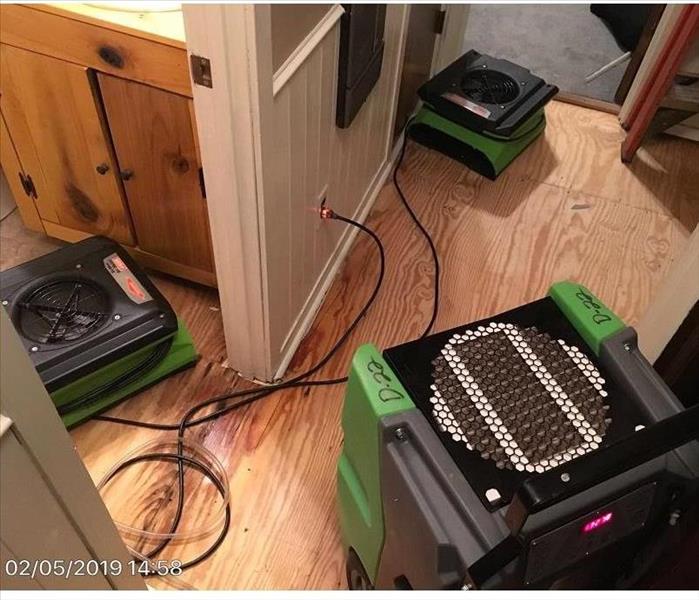 Dehumidifier and Air movers are setup to dry one area of this condo at Snowshoe.

On Monday January 21st the temperature at Snowshoe Resort averaged 13 degrees which is typical for this Ski Resort. Non-typically 4 days later on Thursday, the average rose to 51 degrees accompanied with rain. The sudden warming and rain turned the snow on a rooftop into slush that created a drain blockage similar to an Ice dam.

The water that backed up behind the slush leaked into a vacation rental causing damage to the ceiling, insulation, walls, and floors. After tearing out wet drywall, insulation, and flooring the equipment was set up and monitored until the drying was completed.

The owner of the condo was concerned that he would not be able to get all the work done before Ski season was over and he would lose revenue until the following season. After we finished, his contractor immediately started the rebuild and he was able to rent out the condo much quicker than expected.